Q2. What did Shepard and Metzler (1971) do in their study? What did they find about the mental rotation of three-dimensional objects?

ANS: They rotated two-dimensional stimuli of same and different types either in (1) picture plane or in (2) depth in different rotation angles. They measured the reaction time for the participants to determine whether the two stimuli are of same shape. They found a linearly increasing function between rotation angles and reaction time and suggested mental rotation to be an analogous/serial process.

Q3. What did Richardson (1994) do in Experiment 2 of his study? What did he find about gender differences in mental rotation ability?

ANS: Richardson (1994) conducted Shepard and Metzler (1971)’s mental rotation task and measured the accuracy in order to study the possibility of changes over time for both sexes in mental rotation performance. He found diminished gender effect in mental rotation ability (i.e. men have greater accuracy than women) as compared to Philips and Rawles (1979).

Q5. How many participants were run in the current experiment? How were they recruited? What was the gender distribution? What were descriptive statistics on age?

For the details of the experiment:

Q6. What were the visual stimuli used? What equipment and software were used to present the stimuli and collect the response?

ANS: Two types of stimuli were used (i.e. one is the mirror image of the other). The stimuli on the left was always in same orientation while the stimuli in the right were presented randomly in eight different rotation angles orientations (0, 45, 90, 135, 180, 225, 270, 315 degrees) and of either type (same or different). The stimuli were only rotated in picture plane only.

ANS: The participant observed and determined whether those two stimuli were the same. The participant was told to prioritize accuracy instead of speed in order to increase the reliability and validity of the results. There were three “different” and three “same” trials for each rotation angle. In total, there were 48 trials.

Q9. How did you analyze the data?

Q10. What were the results (both descriptive statistics and inferential statistics) regarding your hypothesis #1 (Q4)? 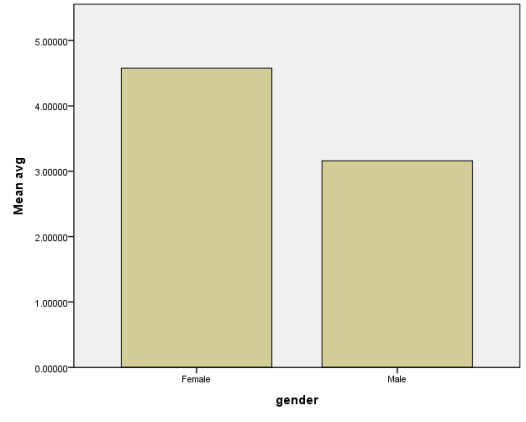 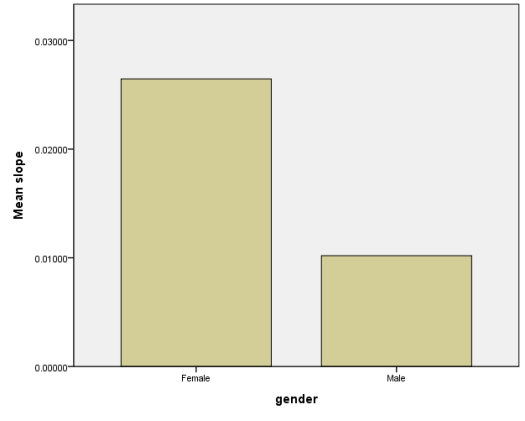 Q12. What is your interpretation of the results reported in Q10 and Q11?

ANS: There was a significant positive linear relationship between rotation angles and reaction time for both men and women as the mean slope was positive and significantly different from 0. Also, there was a gender effect on this linear relationship, where men were found to have shorter mean reaction time and smaller average slope than women. Hence, the results indicated that men had stronger mental rotation ability than women.

Q13. Given the results, how will you conclude regarding your hypothesis #1 and hypothesis #2?

Q15. What is one possible direction for future research on this topic?