The Impact of Exports on Firms

The analysis in this report deals with the question of whether firms that start exporting become more productive, that is better of when they involve in intrenational trade or are already very productive before they embark on international trade.

Firstly, and most importantly, we note the empirical findings which indicates that exporters are better of than non exporters. Some studies confirm facts from numerous countries, which imply that on average, exporting firms are more productive and more capital intensive, because they pay higher wages and have larger scale of production.

There are two mechanisms which can confirm that there are positive correlation between firms productivity and its exports status. The first hypothesis is the self-selction hypothesis, which talks about firms that were previously productive before engaging in export activities to compete in international competitive markets. Then the second hypothesis, is the learning by exporting hypothesis which refers to firms that learn different things and expertise that enables them increase productivity and level of efficiency by entering into the export market. The cause for the increase in productivity in the learning by export hypothesis, is the access to new and improved and ofcourse more advance technologies, product designs , technical and amangerial expertise plus economies of scale, these all contribute to the general improvement.

Recent studies by Aw Chung and Roberts(2000) for Korea and Van Biesebroeck(2006) for Cote- d’ Ivore have recorded that firms experience significant productivity rise after entering the export market. According to Melitz(2003), Benard et al(2003) and Clerides et al(1993), provid etheoritical evidence that firms have to be more productive to over sunk costs and enter international markets which supporets the self selection hypothesis rather than the learning by entry hypothesis. Also Damijan et al (2005) in his study in Slovenian firms indicates that in average higher productivity is vital for firms that start exporting to improve markets and not for firms that target developing countries. Some other studies have also found evidence in support of both self selection and learning by exporting effects.

The data set used analyses and provides some evidence on the difference between exporting and non-exporting firms. The result of the estimation is for self-selecting and learning by export hypothesis at the firm level looking at the hotel industry.

Productivity is often estimated as the deviation between observed output and the output prredicted by a Cobb-Doughlas production function estimated by an Ordinary Least squares. The regular approach used to measure TFP suggests estimating production function using an equation to obtain the elasticities of turnover with reverence to inputs such as capital, labour and intermediaries. We also Augument the production function with another variable export , and we do this because we want to consider the extent to which exports increase productivity.

The production function estimation is written below as;

Y represents the firms autput for example, a firm’s turnover, L is the firms input in time t, K is the capital stock, M are the materials while C is the Hicksian neutral level of efficiency, εit is the producer specific deviation from the mean value, β0 is a mean efficiency level across firms in time t. (Van Beveren, 2000). To calculate the TFP , following the standard appraoch, two steps are used. First is to estimate the elsaticity of the output using the inputs (labour,capital and intermediates), the second step then involves obtaining TFP as a sum of the residual from the equation.

The problems associated with the production functions are; endogeinity of input choices, selection bias, imperfect competition in inputs and output markets, omitted variables,estimation product level. This simultaneity is present because productivity is said to be known to the profit-maximizing firms( but not the econometrician). When they choose their input levels. (Marshak and Andrews 1994). Firms would increase the use of their imputs in relation to positive productivity shocks. The simultaneity biases can be downward on capital and upward on labour and material. When this is the case, we are faced with the empirical question of whether it is likely to vary by sector or dependent on the balanced inputs. The OLS estimation of the production function would in turn produce biased estimates due to lack of knowledge for the unobserved productivity shocks. A fixed-effects estimator would possibly solve the problem of simultaneity if we assume the unobserved, firm specific productivity is time invariant.(Yasar,M. et al 2008). Some of the problems associated with the production function should be seen in the OLS regression table in figure 1, then we will check if theses problems were corrected or fixed by the fixed effect regression in figure2 because the fixed effects is one of the traditional means of solving the problem of simultaneity bias. When OLS estimates of production functions are biased, they lead to biased estimates of productivity and the important quantity for the estimation question.

Olley and pakes also introduces a semi parametric method that comtrols for these biases seen in a Cobb-Doughlas production function, allowing us to estimate the production function parameters consistently and thus obtain dependable productivity estimates.

The coefficients in figure 1 are correlated with the error term and there is heteroscadisticty in our data, but notwithstanding the robust clustering, our most important variables remain largely significant. Given that this is a cobb doughlas production function, our variables can be interpreted as elasticities. Summing up the coefficients capital, employment and intermediates will give us an indication of returns to scale (0.27+0.03+0.70 = 1) this shows virtually constant returns. After running the fixed effect regression in figure 2 we see that the problem of collinearity still persits even though the regressors are jointly significant, becausee the overall F statistic of 146.97 has a p-value of 0.000

In table 4 we compare the parameters estimated from OLS and the Fixed Effect regression. Whether the OLS coeficient on capital will be upward biased or downward biased depends on the degree of correlation among the inputs of productivity shocks. The fixed effects estimates differ quite considerably from the OLS estimates. The extent of each firms productivity shock differs over time and is not a constant fixed effect. The coefficients for each estimator, summed up to 1 as seen earlier which implies that there is increasing return for this industry.

In production function estimation the key thing is the correlation between un observed productivity shocks and input levels. Profit maximizing firms react to positive productivity shocks by expanding output, which involves the use of additional outputs. Negative shocks lead firms to trim

The most essential problem to be considered when a firm intends to engage in international trade is the entry mode in which the firm chooses to attend to the foreign markets(root 1987). Firms who fail to do this correctly will eventually become less efficient and depending on the market forces, on the long run could potentially be taken off the competition completely.

in the case of the hotel trade, the higher the level of control on the external operation permits to alleviate the tendency towards the opportunism on the part of the hotels in two fold sense, first is property rights offer a greater potential to establish a richer rewarding system and secondly, the organisational culture shared by a chain of hotels and its hotels in property provides with a set of norms and values more alligned with the interest of the chain( Brown ,Dev 200). The variables that affect export performance in the hotel industry includes; managerial variables e.g staff, organisational variables e.g foreign activities, Environmental variables e.g market goal, Marketing mix variables e,g price, place , promotion.

In common with other service organisations, hotels have traditionally had a great labour intensity, which invariably accounts for the greatest proportion of total hotel costs. Despite the pressure of productivity improvements in hotels, productivity managements has not progressed quickly. Hotels engage in alot of export activities as they have to satisfy there customers in other to improve productivity. The hotel inputs are the resources they basically need to run the hotels which are labour, capital, raw materials, energy and essentially customers. While using a single input as output production is seen as unsatisfactory, it is the continous combination of inputs factors that should be used to measure and accumulate total productivity of the industry.

The size and investment in training are said to be firm specific in detremining the advantages of export activities of the hotel industry. Some hotels lay emphasis on their advantages in marketing and concentrate on referal system and franchising, while others see themselves as providing a package of professional managerial and arganisational service which cover most stages in hotel operations (e.g Hilton international, which explicitly rejects the involvement solely through franchise agreements).

For the sole reason of value of the value of a hotel to a customer which cannoit be seperated from its location, the choice of country from which the needs of hotel guests should be served, is not one which normally has to be made. As in the case of some essentialproducts, the loocationof hotels is counttry specific because they have to be situated where the tourists are positioned. There are also cases where hotels are located near the border of one country which touristd may pay day visits time to stay, or hotels sited in arears which are enroute to the final destinations of the travellers.

What detremines the forem of involvement by foreign firms in the hotel industry? Such involvement ranges from 100% equity stake through to a franchising agreement with the minimum amount of influence consitent with protecting the name and reputation of the franchisor.

The electic theory of international production provides a useful framework in explaining reasons for, and ways foreign involvement in international hotel industry. International hotel chain secures a standard service with certain characteristics demanded by their customers who are mostly foreign toursts, and they also operate on superior production function to hotels who only operate locally. This is because being a multinational hotel or invovlving in export activities, gives them a wider learning process gotten from dealing in different economic environments and also gives them the ground to source for more inputs to enhance both quality of services and competitiveness wit other hotels in the international market. Another reason they are better of than hotels operating llocally only is that, knowledge gotten firstly from servicing in their local market in combinatio with that of the foreign market, which is essentially done by meeting up with the needs of the foreign tourists, improves their overall productivity and inceases their turnover. 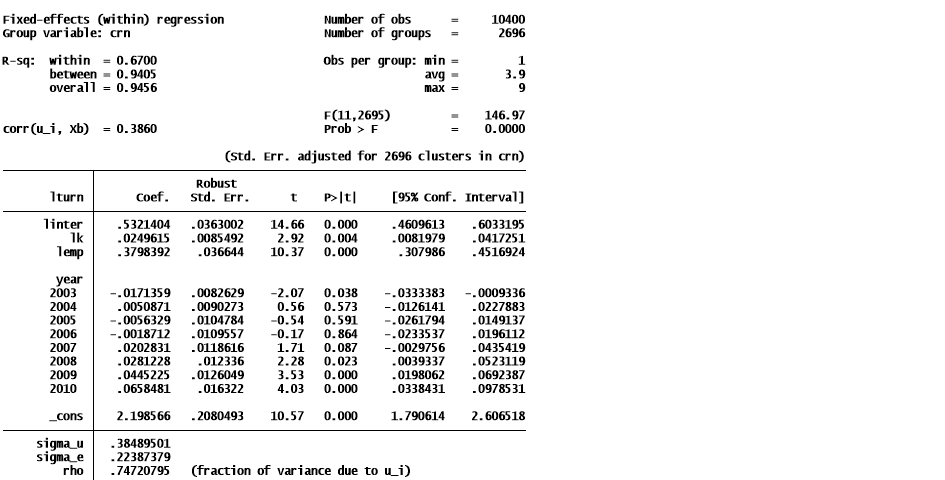