Data embedding is done by processing these selected coefficients of the modified subband histograms. We present a high capacity reversible watermarking scheme using the technique of difference & average value coefficients of image blocks by using the tool Matlab. This scheme takes advantage of difference & average value coefficients, which permits low distortion between the watermarked image and the original one caused by the LSB bit replacement operations of the watermarking technique specifically in the embedding process. By the proposed approach, compared with the conventional one-dimensional difference-histogram and one-dimensional prediction-error-histogram-based RDH methods [3] & [20], the image redundancy can be better exploited and an improved embedding performance is achieved.

For most image data hiding methods [1], the host image is permanently distorted and it cannot be restored from the marked content. But in some applications such as medical image sharing multimedia archive management and image trans-coding any distortion due to data embedding is intolerable and the availability of the original image is in high demand. To this end, a solution called “reversible data hiding” (RDH) is proposed, in which the host image can be fully restored after data embedding. RDH is a hybrid method which combines various techniques to ensure the reversibility. Its feasibility is mainly due to the lossless compressibility of natural images.

Many RDH methods [10] have been proposed in recent years, e.g., the methods based on lossless compression, difference expansion (DE), histogram shifting (HS), and integer transform [5], etc. Many researchers’ algorithm plays as an important work of RDH. In DE algorithm, the host image is divided into pixel pairs, and the difference value of two pixels in a pair is expanded to carry one data bit.

All these methods aim at increasing the embedding capacity (EC) as high as possible while keeping the distortion low. This method can provide an embedding rate (ER) up to 0.5 bits per pixel (BPP) and it outperforms the previous compression based works.

For the proposed method, by considering a pixel-pair and its context, a local image region is projected to a two-dimensional space to obtain a sequence of images that consisting of difference pixel variant pairs. Then, a two-dimensional difference histogram is then generated by counting the difference-pairs. Here, the DPM is an injective mapping defined on difference-pairs, and it is a natural extension of expansion embedding and shifting techniques used in current histogram-based methods.

Finally, reversible data embedding is implemented according to a specifically designed difference-pair-mapping (DPM). By using the two-dimensional difference-histogram and this specific DPM, compared with the conventional one-dimensional histogram based methods, more pixels are used for carrying data while the number of shifted pixels is reduced as well, and thus an improved embedding performance is thus achieved.

A new reversible authentication technique for images embeds a significant amount of data while keeping high visual quality. In order to verify the integrity of the image, we use a cryptographic hash function. The hash code is combined with a binary logo image by a bit-wise exclusive LSB replacement [9] or as well as difference pixel pair matching based on histogram matching technique in the difference image from the original image. On the other hand, a half the number of pixels of the image are added or subtracted by 1. Thus, the classification of pixels and also the terminal classification of the zeroth pixel and the last pixel are compared and shown together.

The reversible data hiding [1] & [7] in encrypted image is investigated. Most of the work on reversible data hiding focuses on the data embedding/extracting [20] on the plain spatial domain. But, in some applications, an inferior assistant or a channel administrator hopes to append some additional message, such as the origin information, image notation or authentication data, within the encrypted image though he does not know the original image content.

Most of the existing watermarking algorithms are lossy. Permanent distortion is introduced into the host image during the embedding process and results in Peak Signal-to-Noise Ratio (PSNR) loss. In some applications such as legal, military and medical imaging, permanent loss of signal fidelity is not allowed. This highlights the necessity of lossless/reversible data hiding which can recover the original host signal perfectly after the watermark extraction.

However, the payload of the reversible watermarking is typically lower than that of lossy watermarking algorithms. With an encrypted image containing additional data, a receiver may first decrypt it according to the encryption key, and then extract the embedded data and recover the original image according to the data-hiding key. In the scheme, the data extraction is not separable from the content decryption. In other words, the additional data must be extracted from the decrypted image, so that the principal content of original image is revealed before data extraction, and, if someone has the data-hiding key but not the encryption key, he cannot extract any information from the encrypted image containing additional data.

In applications that image downsizing is required; the embedded information is extracted from the received image using lossless data hiding extraction method before the transcoding process. A “thin edge” location map is formed as side information for the image enhancement process.

During image resizing, we divide the image into N x N blocks (for simplicity, assume N is a positive integer larger in value. To share medical images with some concomitant data, one approach involves adding, when allowed by the image file format, some extra header information. Unfortunately, header files are prone to manipulation and information loss may occur during file format conversion. Most data contained in the header of a Digital Imaging and Communications in Medicine (DICOM). 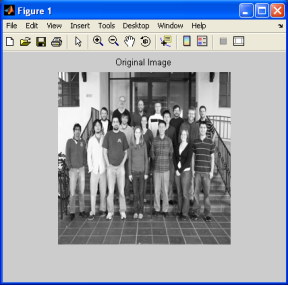 In the presented experimental results, the algorithm is applied to each color component of three 512 × 512 RGB images, for all images such as Baboon, Lena, and Fruits setting T1 = T2 = T3 in all experiments. The embedding capacity depends on the nature of the image itself.

In this case, the images with a lot of low frequencies contents produce more expandable triplets with lower distortion than high frequency images such as Baboon. In particular with Fruits, the algorithm is able to embed some amount of bits with a PSNR rate in dB, but with only reduced bits image quality increases at some amount of PSNR value in dB.

The number of subgroup points, depth of wavelet transforms and overflow/underflow book-keeping data are the necessary side information that should be embedded into the high frequency transformation coefficients besides the hidden data. Below mentioned figure shows the embedding image retrieving process. In the first block the integer wavelet transform is applied on the original image. Then the coefficients of high frequency subbands are used for constructing the subgroups. 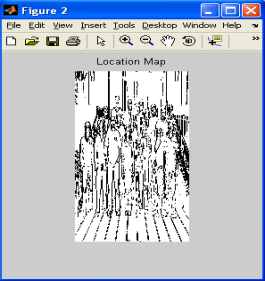 Then by using the side information level of wavelet applying and the points of high frequency sub bands are used to construct the subgroups. In this step the data is retrieved. Then each subband histogram is inverse modified according to its subgroup points.

Each subband histogram is modified according to its subgroup coefficients. Now the subbands are ready for data embedding. The data embedding stage hides the data by subband coefficient processing. This type of flow is called reversible data hiding. The reverse process can take the same flow of getting the image as input and doing some of watermarking procedure to hide the secret data. 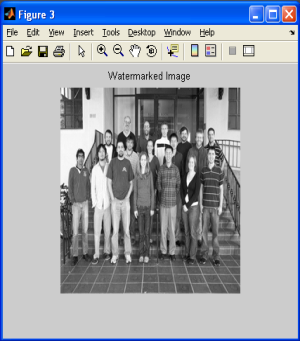 fig 3: Image in which the secret data is kept hidden

Each and every data (any data can be hidden for instance image, audio, text file, web source, etc.) Here we have done with some updations in making the data hiding process with the new algorithm of histogram and data hiding which is used for hiding a web source and retrieving it back. These use the algorithm of reversible data hiding and that the web source link will be saved in a particular place and it can be hidden in an image. Then after that the process of decrypting the watermarked image will be carried out. Herewith below shown are the retrieved image and the web source. 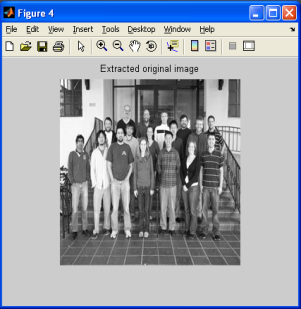 A sorting technique is used in this method to record prediction-errors based on the magnitude of local variance, and a pixel will be prior embedded if it has a small local variance. This method performs well and it is superior to some typical RDH schemes. 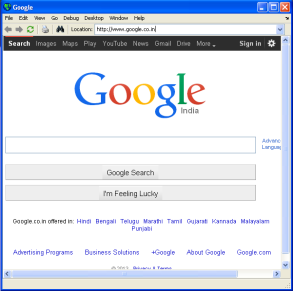 Now the inverse formula of data embedding is applied. After that inverse integer wavelet transform is applied to obtain the image. Now the side information tells us that the Overflow/Underflow post processing is required or not. The original image is obtained after this step.

This work is an attempt to employ higher dimensional histogram as a hierarchical watermarking process along the pair mapping histogram level. Compared with the previously introduced one-dimensional histogram based methods, our technique exploits the image repetition as far as good and it achieves an improved performance. Since only one pixel of a pixel-pair is allowed to be modified by 1 in value. This issue should be investigated in the future.

If the bit to be embedded is 1, we move the difference value of -1 to -2 by subtracting one from the odd-line pixel or 1 to 2 by adding one to the odd-line pixel. This correlation makes the pair easier to satisfy smaller thresholds and, hence, to produce a large portion of selected expandable pairs. The major drawback of reversible data hiding algorithm, is the size of the binary map.