The structures and magnetic properties:

Table of Contents (Jump to)

1.3 Structure of phenolic oxime and complexes

The basic concepts needed to understand and model singlechain magnets will also be reviewed.

The researches on molecular nanomagnets began from 1990s, when the first single molecule magnet (SMM) [Mn12O12(O2CPh)16(H2O)4 was researched by Christougroup of University of Florida. [GS1]This mixed-valent manganese complex was found to have an abnormal high spin ground state of S=10[GS2] and highest blocking temperature (below which temperature could the nanomagnets show magnetic properties) in its family ([Mn12O12(O2CR)16(H2O)4], R = various). A large number of SMMs have been reported since then. These[GS3] kind of complexes display the classical property of magnetization hysteresis[GS4] and quantum properties of quantum tunnelling of the magnetization (QTM). These initial discoveries provide a molecular approach to nano-scale magnetism.

Phenolic oxime is a family of compounds with generic structure shown in Figure 1. The phenolate and oxime function groups could form intramolecular hydrogen bonding with its neighbour. These hydrogen bonding resulting in strong coordination effect on metal ions. Such property makes phenolic oxime a good extractant for copper[GS8] in mining industry. Detailed discussion of the phenolic oxime complex structure will be introduced in SECTION 1.3 . 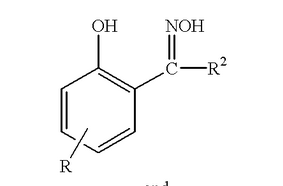 In this review, knowledge of nanomagnets will be introduced firstly to provide an overview of this field. Then the structure and magnetic properties of compounds with phenolic oxime ligand will be introduced. New techniques applied in synthesis will also be included. It is hoped that this review could be used to assess the potential of phenolic oxime ligand in high performance nanomagnets.

It is helpful to describe the basic theory of SMM with an example. The first single molecule magnet (SMM) [Mn12O12(O2CCH3 )16(H2O) 4] 4H2O·2CH3CO2H[GS9] was determined to have an S=10 ground spin state, which is contributed by the antiferromagnetic interactions between 4 MnIV ions and 8 MnIII ions[GS10]. However, not like normal size magnet, SMM shows slow magnetic relaxation below a characteristic blocking temperature. This phenomenon is explained by the exist of an energy barrier in reorientation process of magnetic moment. Sessoli et.al. confirmed there exists a relatively large zero-field splitting in this molecule by high-field EPR experiments with a CO2 far-infrared laser. This axial zero-field splitting leads to a splitting of the S=10 state into 21 levels: -10 , -9 , -8, -7, -6 , -5…0, 1, 2, 3…8, 9, 10. Each level is characterized by a spin projection quantum number ms, corresponding potential energy: 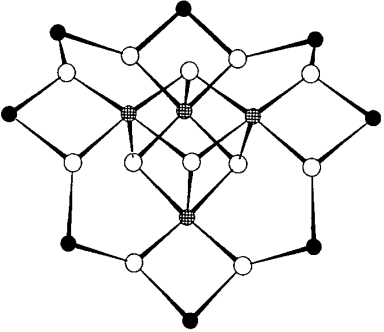 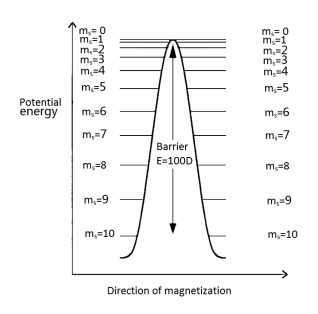 From Figure 3, it could be known that the splitting of potential energy levels resulting in a potential energy barrier in the process of changing the magnetic moment. For the example SMM, this barrier equals to E(ms=0)-E(ms=â”‚±10â”‚)=100D. Due to the small value of D, this barrier could be easily crossed in room temperature. If sample SMM is magnetized at 1.5K, the magnetic relaxation time becomes too long to measure. When fitted into Arrhenius relationship:

The magnetic anisotropy of the SMM is caused by the structure of the eight MnIII ions. Each MnIII ion with in octahedral crystal shows Jahn–Teller distortion. These distortion[GS12] together with spin-orbital interaction give rise to the easy axis type of magnetoanisotropy.

To conclude, a typical SMM consists of an inner magnetic core with a surrounding shell of organic ligands. The desired SMM requires well isolated system which exhibit high spin ground state (S) with a high magnetic anisotropy of the easy-axis (Ising) type. The difficulty is: high spin ground state often requests for several nucleuses, but the magnetic orientation of each nuclei tends to obey Maximum Entropy Models. In this way, the highest magnetoanisotropy of a molecule couldn’t be achieved easily. Some researches show that replacing magnetic core with lanthanide[GS13] ions or using single nuclearity spincluster [GS14]could avoid this problem. Their approaches will be discussed in SECTION 2.

While clusters of SMM can be considered as zero dimensional material, it is possible that one dimensional materials such as nanowires exhibit slow magnetic relaxation and hysteresis effects which are not associated with three-dimensional (3D) order. At 1963, Glauber[GS15] predicted one dimension Ising model (easy axial) would show magnetization relaxation under low temperature. Due to insufficient knowledge in this area and stringent conditions required in the synthesis procedure, chemist wasn’t be able to find any evidences to support or against the prediction, until Gatteschi et al successfully synthesis [Co(hfac)2(NITPhOMe[GS16])] in 2001. 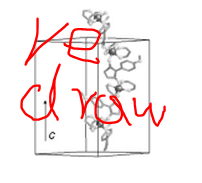 Figure 5 Drawing of unit cell of[Co(hfac)2(NITPhOMe)2]. Large dark spheres represent the metal ions. Hydrogen, fluorine, and most of the methyl carbon atoms have been omitted for clarity

The structure of the SCM consists of Co(hfac)2 and radicals arranged in helices alternately( Figure 5). In this one dimensional structure, the magnetic core (octahedral cobalt(II) centres) has overall S=1/2 and shows easy axis of magnetization in the chain direction[SG17]. Detailed analysis of spectrums could be found in Caneschi’s report in 2001.

To conclude, three essential conditions are need for design SCMs: 1) the ratio of the interaction and interactions is very large. 2) the material must behave as a 1D Ising ferro- or ferrimagnet. This requires the building block or the core of the chain have large ground state spin. 3) the interchain interactions should be minimized to avoid the magnetism of the material be associated with three-dimensional (3D) order. This final condition also apply for SMMs.

1.3 Structure of phenolic oxime and complexes

Metal complexes with a planar, electronically delocalized structure have proven particularly attractive for development of cooperative electronic properties because of the strong molecule–molecule interactions that can arise from π-stacking of the planar units

Many 3d nanomagnets have been synthesized and researched on since the first SMM was discovered.

Variation of alkyl groups on the ligand fromt-octyl ton-propyl enabled electronic isolation of the complexes in the crystal structures of M(L1)2contrasting with π-stacking interactions for M(L2)2(M = Ni, Cu). This was evidenced by a one-dimensional antiferromagnetic chain for Cu(L2)2but ideal paramagnetic behaviour for Cu(L1)2down to 1.8 K.

“Spin Tweaking” of a High-Spin Molecule: An Mn25Single-Molecule Magnet with anS=61/2 Ground State