First of all I would like to mention about Air Traffic Services.

These are the main ATS services. Then I would like to explain about main objectives of ATS.

a) Prevent collisions between aircraft;

b) Prevent collisions between aircraft on the maneuvering area and obstructions on that area;

c) Expedite and maintain an orderly flow of air traffic;

d) Provide advice and information useful for the safe and efficient conduct of flights;

e) Notify appropriate organizations regarding aircraft in need of search and rescue aid, and assist such organizations as required. (ICAO 2013)

There are two boundaries in the world which is using in the Aviation.

Aircrafts which are flying in the Eastern bound, pilots should have to use Odd flight altitude levels. When they are flying to Western bound, Pilots should have to obey Evens flight altitudes. This rule makes sure the safe of aircrafts. Not only that, If the pilots need to descend or climb their aircraft. First of all pilots should have to ask it, from ATC. After ATC unite check the radar and flight altitude, aircraft’s speed, if there are no any aircraft in that rout and they will give the permeation. If there are more aircrafts in that particular area they are asking speeds and estimate time for particular point, then after ATC unite decide the time for pilots to climb or descend. EX. after 15 min. UL302 can climb up to xxx fleet level.

If there are more aircrafts in same route or altitude, ATC check the speeds and change their Flight altitudes.

If there is a busy route, ATC unite change aircrafts speeds and direction. After they help to make sure aircrafts destination route.

Maneuvering is pilots flying into Aspen’s Pitkin County Airport (ASE) should be aware of FAA Notice NOTC4835, which addresses two safety issues at the field. The notice attempts to mitigate ongoing safety incidents at the Colorado airport involving aircraft, vehicles and pedestrians on runways and non-movement area. Outside the skiing season, the movement/non-movement area boundary line was repositioned closer to Taxiway. (AIN 2013)

Pilots should have to follow the orders of instruction before the landing. ATC will clear the runway for landing. They absorb aircrafts and vehicles in the runway. ATC will provide wind directions, and glide path. If there any takeoff or landing on the runway, ATC late their permission and manage both aircrafts routes.

Under the poor visibility situations they delayed aircrafts takeoff and landing. After they manage and help to reach their destinations.

ATC check every nock and comer inside the airport and prevent collision between aircrafts and obstructions on that area.

c.Expedite and maintain an orderly flow of air traffic.

When the busy routes, ATC manage aircraft’s Speed, Altitudes directions. These changes help to prevent from collision between aircrafts and control the traffic among aircrafts.

Before the take off, ATC check and manage aircraft departure times. ATC will manage all aircrafts to takeoff on time.

When if it is a busy periods or busy airports, step by step, ATC will clear the runway, taxing ways and apron. They will manage airport aerospace’s traffic. Because it will be a reason for air collision.

d.Provide advice and information useful for the safe and efficient conduct of flights.

Aircraft’s Altimeter indicates aircraft’s current altitude with using air pressure. Place to place Air pressure and Density can change. Because of this reason pilots have to enter mean see level pressure to the altimeter. Before the landing pilots have to come through correct glide path, therefore pilots have to know correct altitude of aircraft. ATC unit provide ground pressure mean sea level pressure and density of these areas before the landing. Aircrafts use some countries aero spaces, Flight Information Regents FIR of those counties provide pressure density and temperature to maintain aircraft’s altitude.

Under poor visibility situations ATC provide advisory services for aircrafts to prevent collision between aircrafts and Obstructs in the airport area.

Below the connection failure situations between Aircrafts and ATC unite, ATC provide advises using signals. Those signals are useful for the safe landing. Efficiently they check the failures of aircraft and provide some advices within shorter time.

ATC unite always alert about their Flight Information Regent area FIR and provide information for aircrafts. Those advise and Information will help to control traffic of aero space. It will make sure the safe about aircrafts.

Physical appearance of the control tower.

ATC unit always alerting in the airport and always checking movement and non movement areas of an airport. Its prevent collisions between aircraft on the maneuvering area and obstructions on that area ATC can provide correct advisory service because of the clear view. Then it’s expedited and maintains an orderly flow of air traffic. Easily ATC can provide advice and information useful for the safe and efficient conduct of flights because of 360 clear degrees.

If it is a communication failure precludes aircraft shall comply with the communication failure procedures, and with such of the following procedures as are appropriate. The aircraft shall attempt to establish communications with the appropriate air traffic control unit using all other available means. In addition, the aircraft, when forming part of the aerodrome traffic at a controlled aerodrome, shall keep a observe for such instructions as may be issued by visual signals.

If in visual meteorological conditions, aircraft has to:

a. Continue to fly in visual meteorological conditions b. Land at the nearest suitable aerodrome c. Report its arrival by the most expeditious means to the appropriate air traffic control unit. (ICAO 2013)

If in instrument meteorological conditions or when the pilot of an IFR flight considers it inadvisable to complete the flight in peace with the aircraft shall:

In airspace where radar is not used in the provision of air traffic control, maintain the last assigned speed and level, or minimum flight altitude if higher, for a period of 20 minutes next the aircraft's breakdown to report its position over a compulsory reporting point and thereafter adjust level and speed in accordance with the filed flight plan.

Where radar is used in the provision of air traffic control in airspace, maintain the last assigned speed and level, or least flight altitude if higher, for a period of 7 minutes following.

Whichever is later, and thereafter adjust level and speed in accordance with the filed flight plan

When an aircraft station fails to establish contact with the aeronautical post on the designated frequency, it shall attempt to establish contact on another frequency appropriate to the route. If this attempt fails, the aircraft place shall attempt to establish communication with other aircraft or other aeronautical stations on frequencies appropriate to the route. In addition, an aero plane operating within a network shall supervise the appropriate Very High Frequency for calls from nearby aircraft. If necessary, include the addressee for which the message is intended. Procedures for Air Navigation Services Recommendation — in network operation, a message which is transmitted blind should be transmitted twice on both primary and secondary frequencies. Before changing frequency, the aircraft station should announce about changes. (K.Haroon 2005)

Visual signals and their use in Airport.

In a case of a radio failure, pilots should have to land their aircraft immediately. Therefore air traffic control may use a signal lamp to direct the aircraft. The signal lamp has a focused bright beam and is capable of emitting three different colors red, white and green. These colors may be flashed or steady. Its have different meanings to aircraft in flight or on the ground. Aircraft can acknowledge the instruction by rocking their wings, moving the ailerons if on the ground, or by flashing their landing or navigation lights during in the darkness also.

Lights and Signals from Aerodrome.

Any manmade objects with easy to find the way and approach for pilots. VASIS Lights.

A defined area on a land aerodrome prepared for landing and taking off of aircraft called as a runway.

A general idea is path on a Land aerodrome established for taxiing of aircraft and to provide a link between apron and runway.

It is the unite where control aircrafts vehicles and maneuvering area. Air Traffic Controlling Tower is situated in witch is the place where can get the fully and cleared view point. It is the highest building in that area. ATC members can get the fully 360 degree view of an airport.

Runway, Taxiing Ways and Apron have linked with Air Traffic Control Tower. Because it is the most responsible place. ATC tower Control Approaching lights Runway lights, Taxing lights, Runway edge lights, Runway centerline, Runway threshold Runway end. There is a flow of orders, before the landing or take off. Then tower is the place where the guided aircrafts. They always check the airport area and make sure the safe of aircrafts, vehicles, and peoples. When the aircraft pushed back and start their engines and until their take off, ATC provide instructions using taxing and runway signals for safety efficient.

If the aircrafts ready to take off, firstly ATC has to clear taxing and runway from other aircrafts and vehicles. Using lights systems and signals they will remove all the vehicles and aircrafts for safety. Because tower has a rich and clear visibility. If it is an emergency ATC tower will make decisions and Inform those thing for other parties. Therefore they can declare it easily Always they will make sure the safe of an Airport. 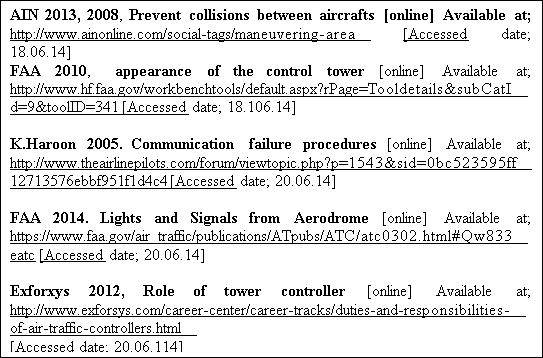 Fig.01 It my own creationpage03

Fig.02 It my own creationpage06